Q: Why did you choose to attend Penn State? Are you glad that you did?

I chose it because the meteorology program at Penn State was, and still is, one of the best in the world, and has experts in virtually all aspects of weather forecasting, communication, risk assessment, and research. Having a great alumni network, which is ever-expanding, was a great selling point, too.  Becoming a Nittany Lion was one of the best decisions I have ever made.

Q: What advice do you have for potential students considering attending Penn State and EMS?

The College of EMS has the huge advantage of being rather small and more like a family, but connected to a much bigger university.

Q: Who was your favorite EMS professor or the one who had the greatest impact on you and why?

It was Jon Merritt, who was the director of the Weather Station and went onto to become one of the first leaders in the Ryan Family Student Center.  He was not only a great professor, but he went out of his way to encourage, mentor and coach MANY of us on getting through a very challenging major, and getting involved in making a difference in the college and department – even as undergrads.

Q: How did Penn State help prepare you for your career?

Penn State broadened my horizons in what is a multi-disciplinary science. The fact that meteorology is so connected with other departments in the College of Earth and Mineral Sciences, and even with other departments and institutes across the university, gave me a chance to explore and set me up for life-long learning.

Q: Did you career turn out as you planned?

No.  It turned out even better than I could have ever hoped.  If someone had told me as an undergrad I’d be leading weather forecasting for a Federal power marketing agency on the West Coast, AND I’d be coming back for twelve years of service on the GEMS Board of Directors later in life, I would have never believed it!

Q: Did you participate in any extracurricular activities like student clubs, organizations, internships, sports, study away or study abroad? Did they have any impact on you/your career? How?

Yes!  I was heavily involved in Irvin Hall, Student Council, and the Campus Weather Service.  All three built a professional and friend network that is alive and well 30+ years later!

Q: What is one thing you wish you would have done or taken advantage of at Penn State?

I wish I had time to get more into theater and acting!  But just like students today, there was a lot of competition for limited time, and four years goes FAST!

Q: What one piece of advice would you like to give to students who are graduating?

Don’t be afraid to branch out and try out other parts of the country.  With the vast majority of meteorology programs in the eastern US, we can actually use more meteorologists out here in the West. And virtually every city and state out here has a great alumni association chapter to connect with.

Q: What is your favorite Penn State tradition?

Most definitely a visit to the creamery!  However a close second is the long walk from West Campus to Beaver Stadium on a football weekend, and catching a tailgate or two along the way.

Q: What’s the best thing about being a Penn Stater?

We’re quite literally everywhere! Even out here on the West Coast, it is not uncommon to wear Penn State attire pretty much anywhere, and get a “WE ARE…” directed at you!

Q: What is your favorite memory of your time at Penn State?

My four years in Irvin Hall (the EMS student Special Living Option).   Not only was it convenient to be close to most of my classes and right across from Rec Hall, but so many of my dorm-mates are friends to this day.

Q: How do you show your Penn State pride now?

I have way too many Penn State clothes! But I also get back to Penn State a couple of times a year with GEMS Board activities and visit the many friends still “back east.”

Q: What TV show do you watch faithfully or what band do you listen to faithfully?

When it was on the air, Schitts’ Creek.  Great, clever show, and who doesn’t love Moira Rose?

Q: What’s your favorite holiday and why?

New Years’ Eve/Day.  There is such powerful renewal in turning the page once a year, looking back, and more importantly looking forward.  It’s also traditionally a day to spend time with friends.  Oh and then there are bowl games that hopefully feature Penn State.

Hiking.  It turns out some of those hikes on Mt. Nittany led to a lifelong passion!

Q: What sports teams do you root for?

Penn State anything, of course! 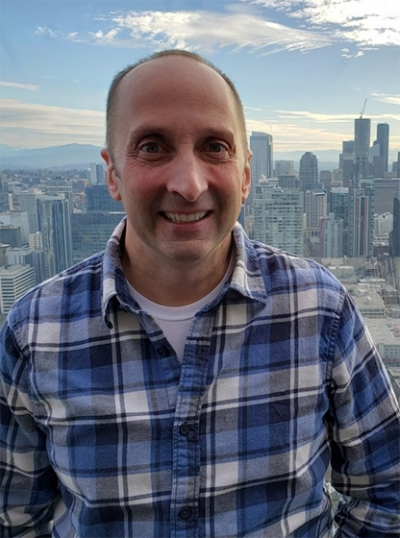