Lee Kump was named the seventeenth dean of the College of Earth and Mineral Sciences, His appointment was approved by the Penn State Board of Trustees on July 21, 2017.

Kump joined Penn State's faculty in 1986. He specializes in atmosphere and ocean evolution, environmental biogeochemistry, and biogeochemical cycles. Throughout his career, Kump has been an advocate for the scientific study of the Earth and environment and has focused his research on understanding the forces at work behind climate change throughout history. His current research projects include the study of atmospheric oxygen levels, dynamics of the sedimentary record, paleoclimate data assimilation for deep time, and the modeling of Earth’s dynamic systems.

In addition to his research, Kump has taught a variety of undergraduate and graduate courses at Penn State in geochemistry, astrobiology, sedimentary geochemistry, marine biogeochemistry, mathematical modeling and other subjects.

Kump is the co-author of “Dire Predictions: Understanding Climate Change,” which was published in 2016, and breaks down the findings from the Intergovernmental Panel on Climate Change. He is lead author of the popular textbook “The Earth System” and a co-author of a textbook on numerical modeling. In addition, Kump has been an editor or editorial board member for such science journals as Geology, Science and Nature Scientific Reports, and he currently is on the editorial committee for the Annual Reviews of Earth and Planetary Sciences journal.

He was named a distinguished alumnus by the University of South Florida and has been awarded the Robert M. Garrels Medal by the Geobiology Society, Distinguished Service Award by the Geological Society of America, and a Wilson Research Award and Faculty Mentoring Award from Penn State’s College of Earth and Mineral Sciences.

Kump served as head of the Department of Geosciences from 2011 to June 2017. During his time at Penn State, he has led a variety of research projects with the Environmental Protection Agency, NSF and NASA, among others. 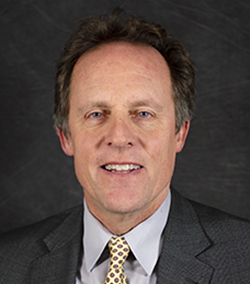