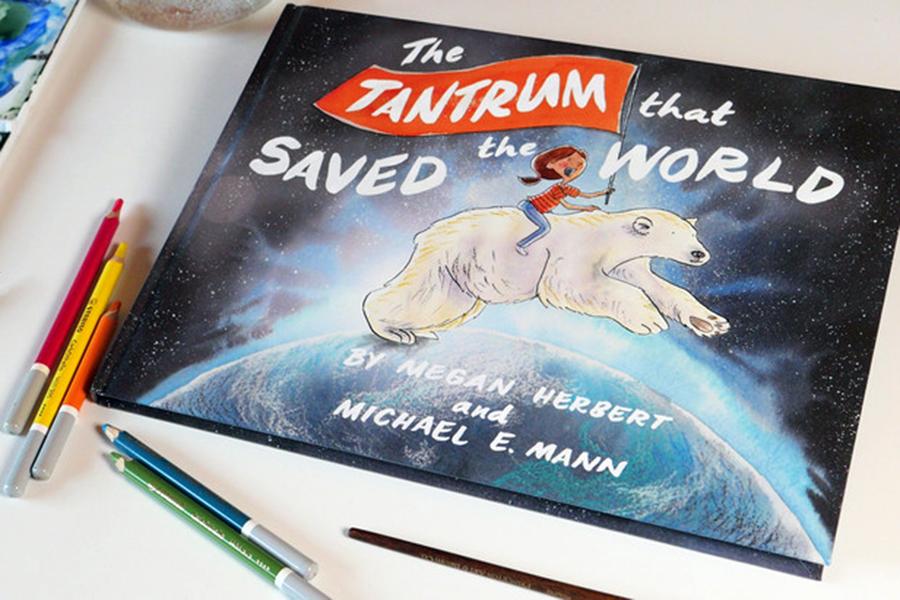 One day a polar bear shows up at Sophia's house asking if it can come inside. Its habitat melted and the bear needs a new home. So starts "The Tantrum that Saved the World," a new children's book about climate change's effects on creatures and communities around the world, by Penn State researcher Michael Mann and author and illustrator Megan Herbert. 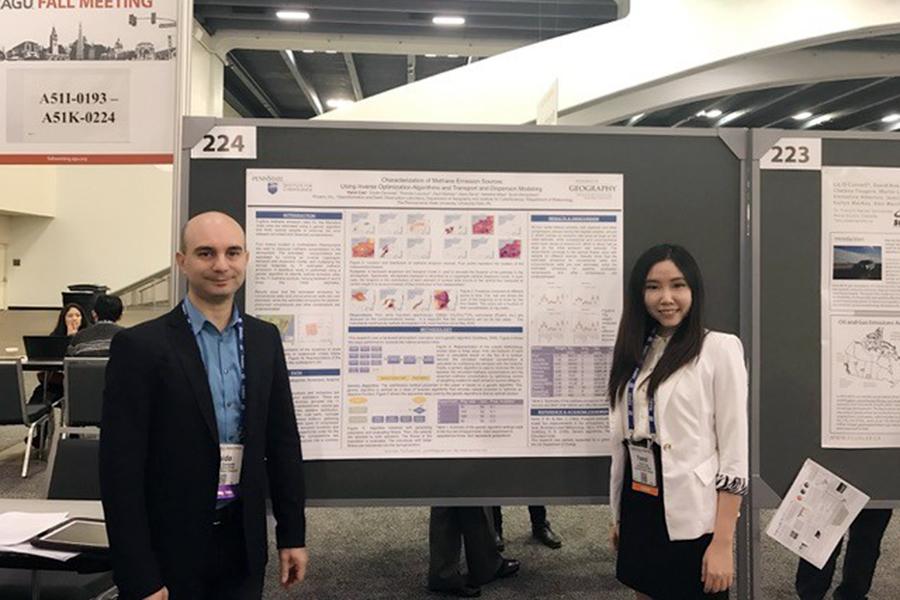 Faculty and students in the Department of Geography are among the many Penn State Earth scientists participating in the 2017 American Geophysical Union meeting, which began Dec. 11 and runs through Dec. 15 in New Orleans. The geographers are highlighting applications of new visualization technologies for Earth science topics. 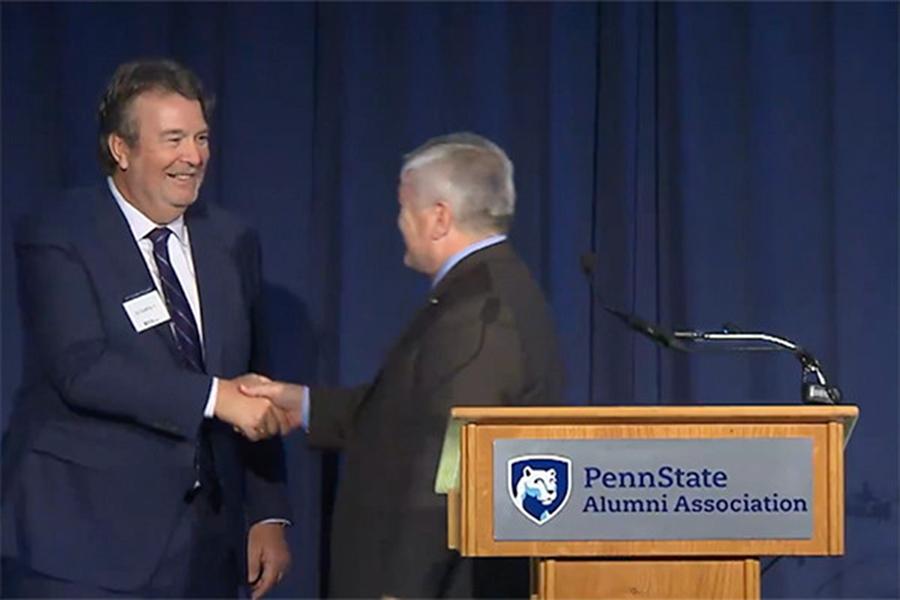 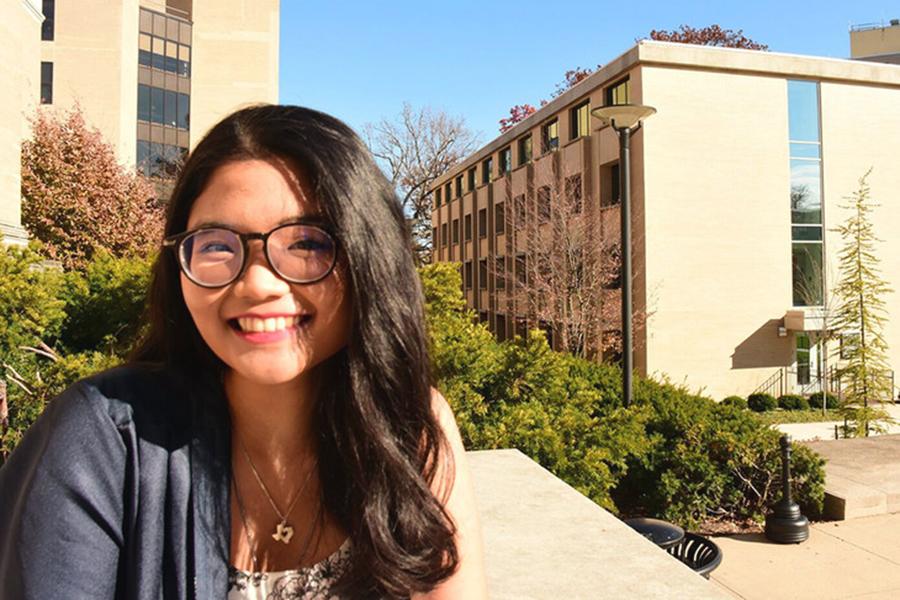 Varumporn Pimsen has been named the student marshal for the College of Earth and Mineral Sciences' fall 2017 commencement ceremony. She will lead the college's procession of graduates during the Penn State undergraduate commencement ceremony at 9 a.m. Dec. 16 at the Bryce Jordan Center on the University Park campus. 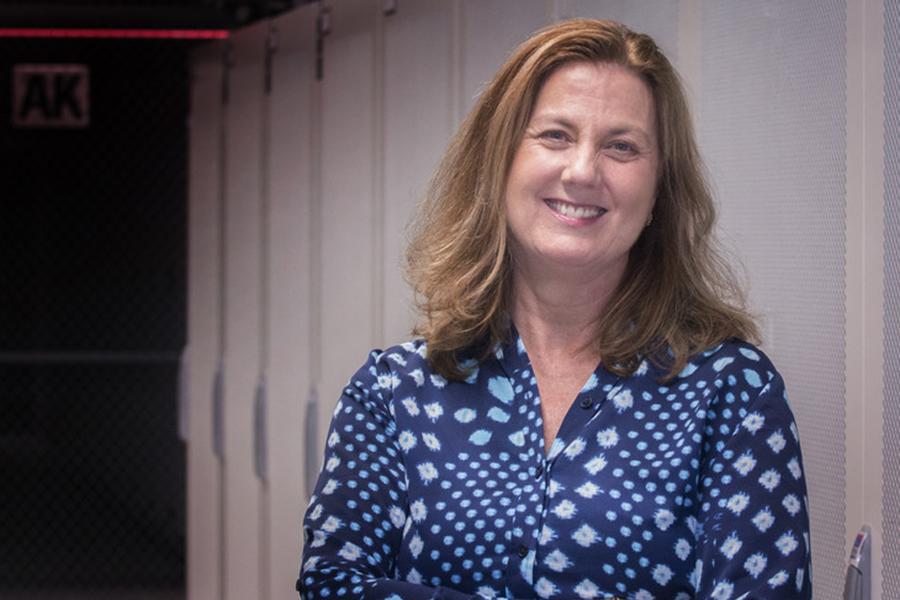 Jenni Evans, professor of meteorology and atmospheric science in the College of Earth and Mineral Sciences at Penn State, has been elected president of the American Meteorological Society (AMS). AMS is the nation's premier scientific and professional organization promoting and disseminating information about the atmospheric, oceanic and hydrologic sciences. 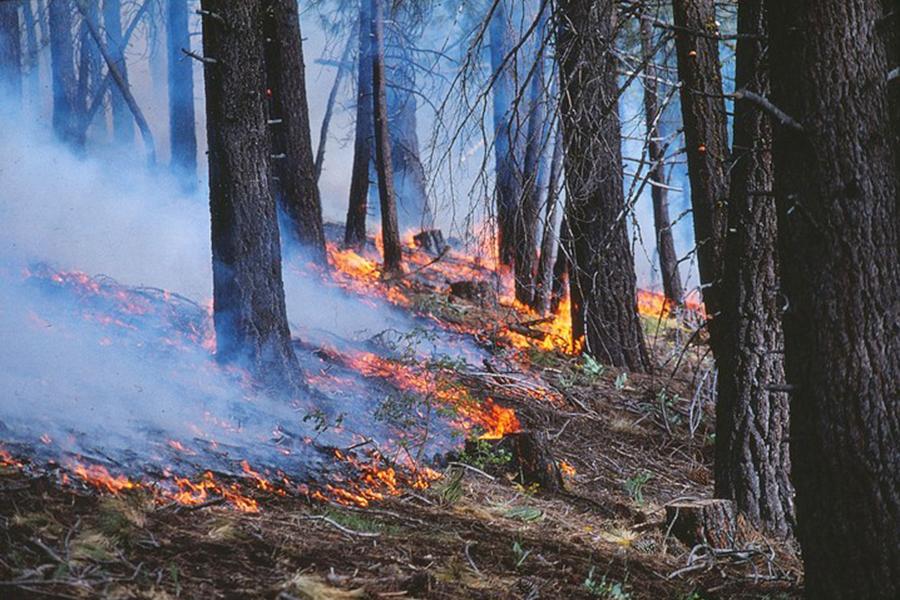 Controlled burning of forestland helped limit the severity of one of California's largest wildfires, according to Penn State geographers. 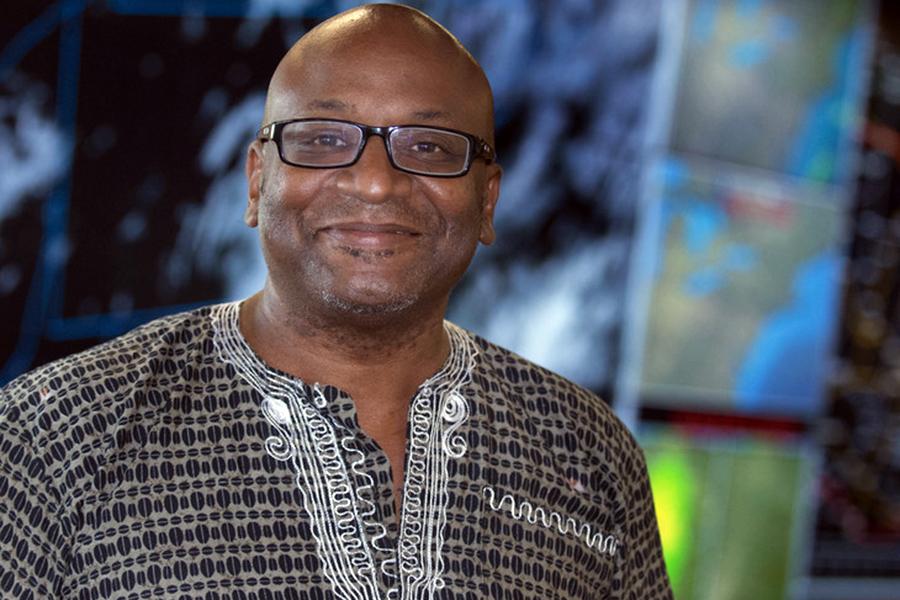 Gregory Jenkins' interest in meteorology and the environment can be traced back to his own childhood when he would find himself in the library, deciphering weather books or at home watching forecasts on television and wondering why they weren't correct. Now, his work at Penn State in the College of Earth and Mineral Sciences brings together his fascination with meteorology, his goal of inspiring and encouraging his students, and his ambition of having a positive impact on underserved areas. 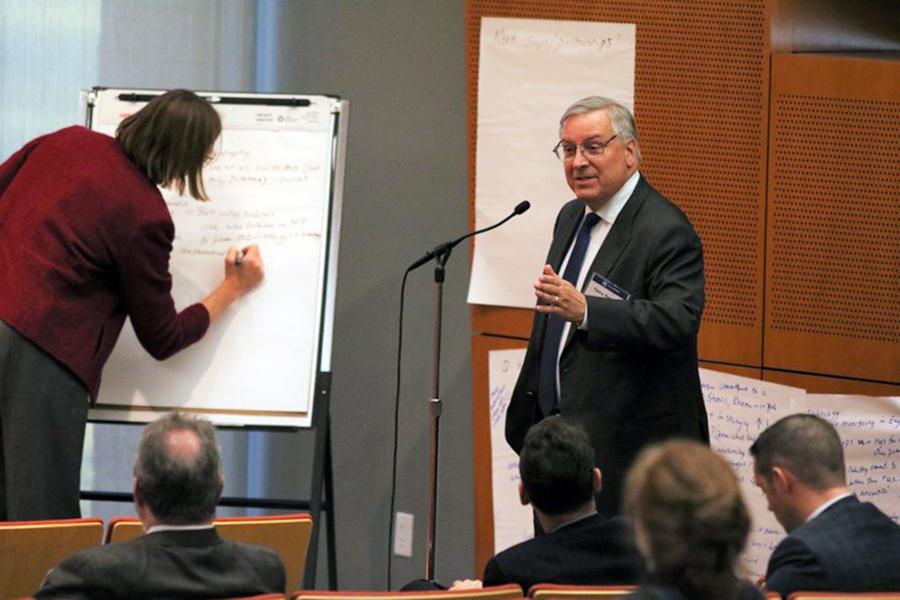 Representatives from the state and federal government, the energy industry, environmental groups, and numerous Penn State colleges and campuses came together at Penn State on Nov. 29 for a conference on "Regulatory Approaches to Methane and Other Air Emissions from Unconventional Oil and Gas Operations." 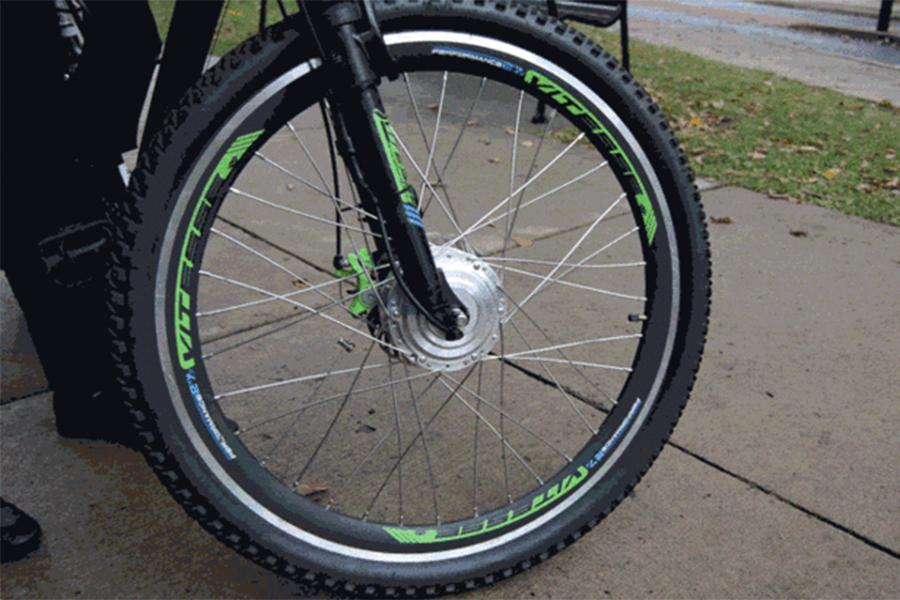 A group of Penn State students is getting charged up by Project BYOB, or "Bring Your Own Bike," a student-driven initiative that is working to create an environmentally friendly transportation system by converting standard bicycles to electric. 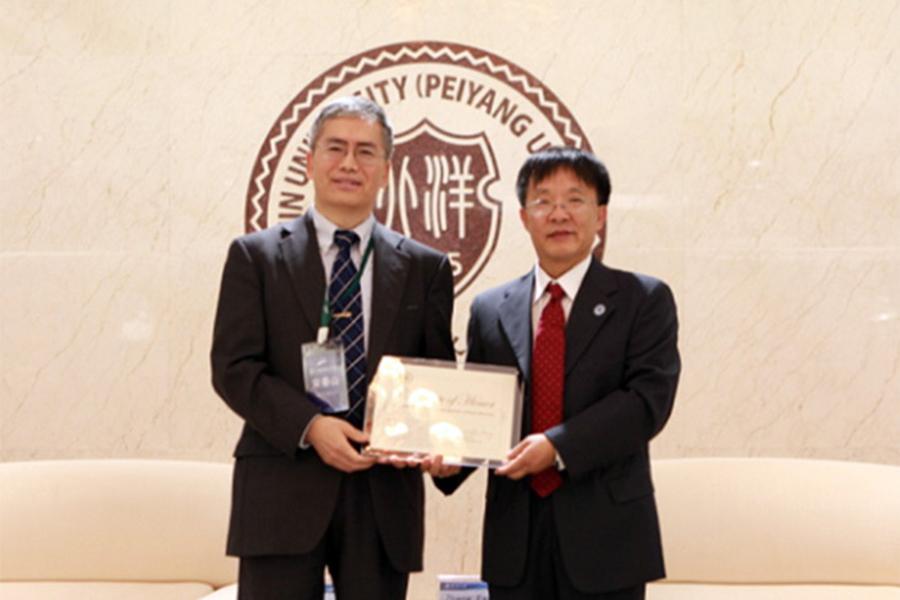 Chunshan Song, distinguished professor of fuel science in the College of Earth and Mineral Sciences (EMS) and director of the EMS Energy Institute, was named an honorary professor by Tianjin University in China. He also was selected as a Global Alumni Fellow by Osaka University in Japan.