Zena Cardman, a doctoral student in Penn State's College of Earth and Mineral Sciences, was named a member of NASA's 2017 class of astronauts on June 7. Vice President Mike Pence joined NASA officials in introducing the 12 men and women during a ceremony at the Johnson Space Center in Houston. 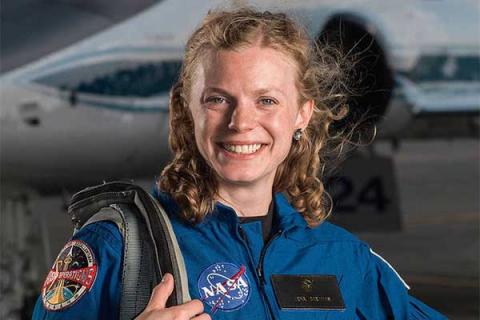