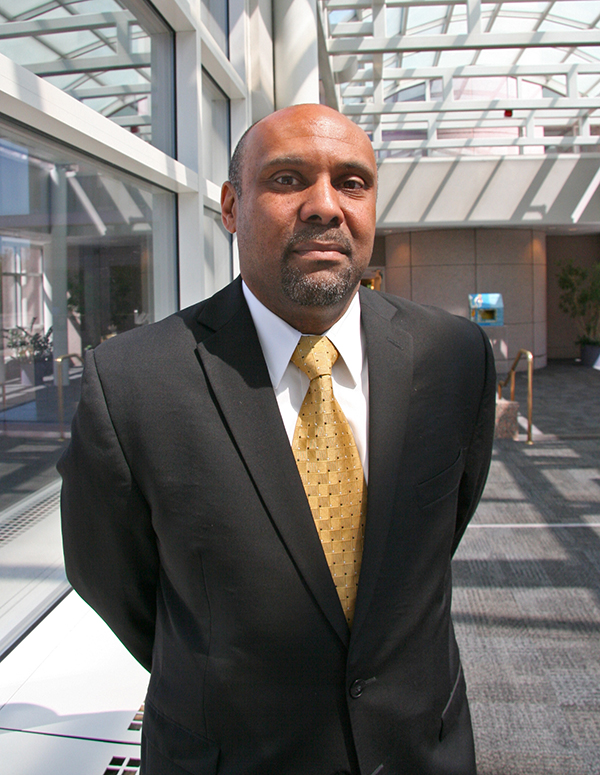 Tony Hutchinson wants underrepresented individuals seeking a career in STEM fields to know one thing: He and others just like him have their back.

Hutchinson, who graduated from Penn State in 1990 with a degree in geography, said it’s important for those individuals to know that they have a support network. That comes through mentorship and it comes through programs at Penn State such as the Millennium Scholars Program.

That’s why Hutchinson, who is director of government and industry relations for the Federal Home Loan Mortgage Corporation, known as Freddie Mac, is again supporting the scholars program. He’s matching contributions totaling $5,000 to the College of Earth and Mineral Sciences’ (EMS) Giving Tuesday campaign, which is again raising money to fund an additional Millennium Scholar.

“A degree from a university opens the door to endless opportunity for the graduating population in general,” Hutchinson said. “For the persons in underrepresented cohorts, especially those from families that do not have a history of advanced educational achievement, a college education is the key to an entirely new universe. A new train of thought, so to speak. The options that become available to that new member of the college graduate population are more plentiful than they could have ever imagined.”

Read more about Hutchinson, his career path and his interest in helping underrepresented individuals. To support the Giving Tuesday campaign, which is accepting early support, visit the college’s Giving Tuesday website.