Q: What are your current research interests?

Our Penn State Ice and Climate Exploration (PSICE) group uses field work, remote sensing, and modeling to study the great ice sheets of Greenland and Antarctica, as well as mountain glaciers, to learn how the ice will change in the future and affect sea level, to read the climate record in the ice, and to understand how ice has affected landscapes in the past.  Our major thrust now is on ice flow and iceberg calving, because of their potential to raise sea level greatly and rapidly.

In high school, I was fascinated by the national parks and hiking, so I went into geology in college.  A summer job after my first year at Ohio State “helping the glaciologist” captured me, and I’m still working on questions we were asking back then.

Q: What do you want the public to know about your research? Why is your topic important?

The biggest picture on climate and energy is that we can use our knowledge effectively to get a larger economy with more jobs, improved health and greater national security, in a cleaner and more ethical world.  If the environment remains favorable, we have several decades to make these improvements while avoiding the worst impacts of a changing climate, but if ice sheets are close to collapse, faster improvements would be more beneficial.  Our work is important in helping society decide how fast to change.

Q: What is the most rewarding part of your work and what challenges you?

The opportunities available to us now are just wonderful.  Today’s students are part of the first generation in human history to know that they can build a sustainable, affordable energy system for everyone, providing the ability to do many other good things.  Perhaps our biggest challenge is getting this information to enough people through the fog of misinformation. I have had the opportunity to teach, to communicate through public outreach and a PBS miniseries based on a book I wrote, through testimony to Congress and in other ways.

Q: What makes the College of Earth and Mineral Sciences unique and why come to Penn State and choose a major in EMS?

EMS brings problem-solvers together, with scientists, engineers, social scientists, communicators, and business people working jointly to solve major challenges.  EMS is big enough to solve problems, and small enough to be nimble in redirecting efforts as the problems shift.

Q: Why should students choose a major in your field?

The Earth we live on is at once rich and dangerous, a friend if we get along with it, an enemy if we don’t.  Geoscientists will play an essential role getting along with the planet far into the future.

Q: What types of research or hands-on learning are available within your department?

Geoscientists integrate remote sensing, laboratory measurements, and models, but field studies remain at the heart of the subject.  Penn State geoscientists continue to visit the most fascinating places on the Earth, and to study astrobiology opportunities on other planets.

Come see us, talk to us, get involved, and enjoy.

Q: Can you tell us a fun fact about yourself?

My first attempt at a PhD thesis melted.  In all of its history, the US Antarctic Program has only melted one load of ice cores, but the samples I collected in Antarctica were in that shipment.  I did not have a great morning when I discovered that a massive effort for my future was now useless.  In retrospect, though, the program stepped up, I went to Greenland a few weeks later and then back to Antarctica, and ended up with more science than originally planned.

Q: Did you go to college with the intention of getting the job you have now? If not, briefly explain how you came to the position you're in now at the University.

After I graduated with a BSc in Geology, and promptly got married with the hope of home and family, my dear wife and I were not convinced that study of ice could make a career.  We worked for an oil company for a summer, talked to everyone we could think of, and decided that glaciology was just too exciting to walk away.  Cindy switched to Library Science (and now teaches quilting), I went back to studying ice…and, it worked!

Q: How do you like to spend your free time?

State College is a fantastic place for outdoor recreation.  I bicycle a lot, jog or hike on local trails, bird-watch, garden, kayak, often with Cindy when she isn’t quilting… We have a friendly soccer league, and the young folks are great about playing with an old guy like me.  Our daughters are off doing great things—one is a science teacher, the other a professor in glaciology.

Q: What professional accomplishments are you most proud of?

The success of our group is wonderful.  We have several participating Penn State faculty across departments ranging from early-career to senior, and alumni teaching nationwide and beyond, and who have succeeded in business, government and the military.  Penn Staters really have made a worldwide difference in our field. 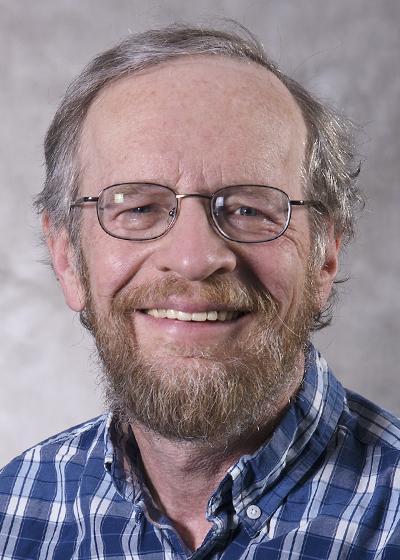