The College of Earth and Mineral Sciences (EMS) will be raising money to support the Millennium Scholars Program on Giving Tuesday, slated to begin at 6:55 p.m. on Monday, Nov. 30, and lasting through 11:59 p.m. on Tuesday, Dec. 1. 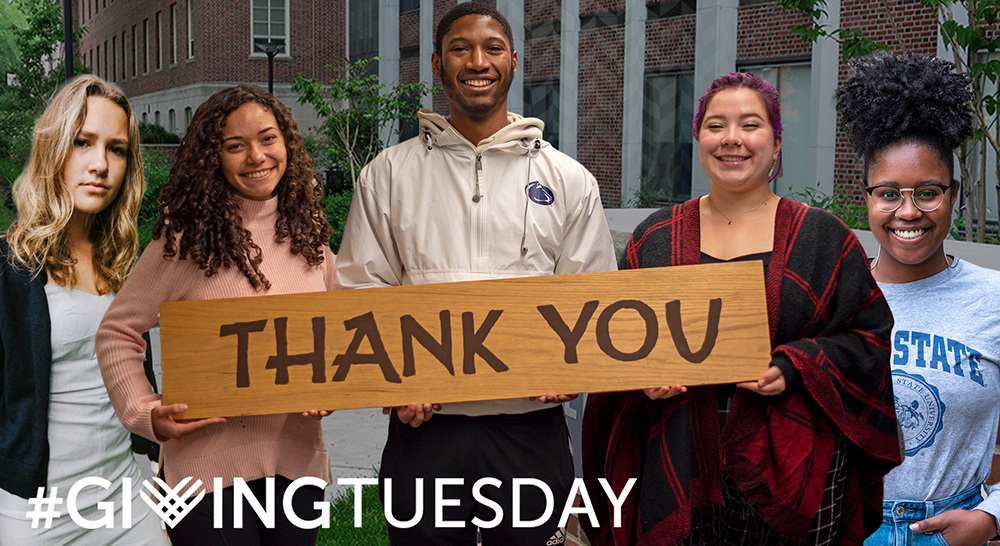 The college aims to raise $10,000, which will help fund one Millennium Scholar in the 2021-22 academic year. Fundraising efforts will include help from the college’s “Champions” on social media. This year’s campaign will include games such as “social media tag,” where donors can call on others to participate and “50 States to 10K,” which seeks donations in the name of all 50 states. Tony Hutchinson (geography, ’90) is again matching contributions 1:1 up to $5,000.

“The idea of helping intellectually hungry students from underrepresented populations such as minorities and women further their education at Penn State is extremely appealing to me,” Hutchinson said. “The Penn State experience was transformative for me, and I am eager to share that with others. The Millennium Scholars program is the best way for me to ensure I am sharing that transformative experience with students who I believe require the most help, both financially and through encouragement.”

The program that aims to improve diversity and opportunity in STEM fields began in 2013 at Penn State, and EMS joined in 2016. The college has 24 scholars and one graduate, Ana De La Fuente Duran, who is now seeking a doctorate in materials science and engineering at Stanford. For more on the program, visit our Millennium Scholars homepage.

Since 2016, the college’s Giving Tuesday campaign has raised more than $40,000 for Millennium Scholars.

“These are amazing students, committed to the Ph.D. out of high school and to making a difference in the world” said Lee Kump, John Leone Dean in the College of Earth and Mineral Sciences. “Donor scholarships support many of these students, but there are students we’d like to recruit to Penn State and EMS for whom support is lacking. That’s why we’re so grateful for those who choose to support this campaign.”

Designed to set students up for success on their path to a doctorate, the program provides scholarships and support to students selected as Millennium Scholars. It relies on a cohort-based approach that encourages each student to assist one another in pursuit of their academic and career goals. Millennium Scholars are selected for the program after a rigorous application and interview process through which applicants highlight their commitment to diversity in STEM fields.

To learn more or to make an early contribution, visit the college’s Giving Tuesday website.