The 2017 GEMS Industry Forum: “Balancing our Energy Future” was held Thursday, September 28, 2017 in the Steidle Building. Talks focused on energy and included speakers from government, academia, and industry.

Everyone recognizes that we need energy for our everyday lives, and how we extract, manufacture and/or otherwise obtain the sources of that energy is a complex issue. Finding the right balance in both the short and long term will require careful insight, planning, and expertise. Join us for the 2017 Graduates of Earth and Mineral Sciences (GEMS) Forum, "Balancing Our Energy Future," to hear from Penn State alumni who are government and industry leaders in the energy and regulatory sectors. They will discuss their personal insights into the opportunities and challenges facing the pursuit of a reliable and sustainable future surrounding energy.

View the speakers below.

Can't make it in person? Please join our livestream at ems.psu.edu/GEMSForum2017 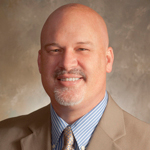 Mr. Perry directs the Bureaus of Oil and Gas Planning and Program Management and District Oil and Gas Operations, and he oversees the development of departmental policy as well as regulatory and technical guidance on oil and gas activities in Pennsylvania. In addition, Mr. Perry oversees outreach andeducation for the public and regulatory communities. Mr. Perry has more than 10 years of experience with DEP. Prior to his appointment, he served as Assistant Counsel across a wide range of bureaus and offices within DEP, including the Bureaus of Oil and Gas, Laboratories, Water Standards and Facility Regulations, Watershed Management, Waste Management and Radiation Protection, along with the Office of Energy and Technology Deployment and the Right-to-Know Office. Mr. Perry holds a Bachelor of Arts degree in General Arts and Sciences –Economic and Environmental Policy from Penn State and a Doctor of Jurisprudence degree and a certificate in Dispute Resolution from Willamette University College of Law. He was admitted before the Pennsylvania Supreme Court, Federal District Court for the Middle District of Pennsylvania and the U.S. Court of Appeals for the Ninth Circuit as an Attorney and Counselor of Law. Mr. Perry lives in Camp Hill with his wife June, and son Nicholas.

DEP’s mission is to protect Pennsylvania’s air, land and water from pollution and to provide for the health and safety of our citizens. We are to guarantee that all Pennsylvanians, including future generations, have a safe, healthy environment. We are to work as partners with individuals, organizations, governments and businesses to achieve a balance in preventing pollution and protecting our natural resources, while carrying out these responsibilities in a fair and timely manner that respects both the environment and the regulated community, and is deserving of the public’s trust.

Pennsylvania supports a diverse energy portfolio that includes indigenous energy sources and energy efficiency and conservation.  State and quasi-state agencies as well as stakeholders with similar interests, recognize now more than ever the need to collaborate on energy, security, the environment and the economy. 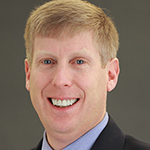 "Markets and the Evolving Energy Mix"

The fuel mix of generation resources in our region has shifted dramatically over the last decade.  This presentation will explore how and why that shift has occurred.  It will also detail the analysis PJM, the regional transmission grid operator, has completed to determine whether the future mix of resources will provide the attributes necessary to operate the electric transmission system reliably.  Finally, it will describe some of the state policy reactions to the evolving fuel mix and what the wholesale markets are doing to accommodate those initiatives. 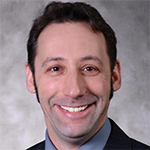 Seth Blumsack is Associate Department Head, Chair of the Energy Business and Finance program, and the Co-director of the Energy and Environmental Economics and Policy initiative in the John and Willie Leone Family Department of Energy and Mineral Engineering at Penn State. He teaches undergraduate courses, advises students and teaches public policy and economics courses to graduate students in science, engineering and other technical fields across the university. He has strong interests in helping professionals and students address policy-relevant problems related to energy and environmental systems and technologies, and conducts research in the areas of energy and electric power systems, market power in electricity markets, transportation systems and infrastructure, environmental risk and decision-making, integrated design for zero or low net-energy buildings and communities, and unconventional natural gas.

Increasing energy consumption makes countries richer, and richer countries surpass poorer countries on any number of quality-of-life measures. Global projections suggest that as much as 50% of new electric power consumption in the next few decades may be met through wind, water and solar power. Even without active climate change policy in many countries, cost declines for renewable power supplies have been so rapid and the demand for access to electricity is so great that renewable power can be the most economical choice in some circumstances. Even as the global transition to cleaner energy seems to barrel forward, the experiences of some countries suggests that infrastructure has been too slow to adapt; global markets for some materials may be out of balance; and the world faces a fundamental tradeoff between rapid access to energy services and economical scales of renewable energy growth. 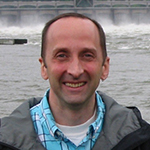 "Meanwhile, Out West: A Meteorologist's Journey into Energy"

Mr. Pytlak also serves as the agency’s technical lead on climate change science.Erik earned his B.S. in Meteorology from Penn State (1991), and an MPA from the University of Arizona. Prior to the last seven years at BPA, Erik was an operational meteorologist and hydrologist at several Weather Forecast Offices in the NOAA/National Weather Service, including six years as the Science and Operations Officer in Tucson, AZ where he led forecast operations for the North American Monsoon Experiment (NAME) in 2003-04. He currently serves as one of BPA’s representatives to the Hydropower Operations and Planning Group (HOPIG) at the Centre for Energy Advancement through Technological Innovation (CEATI), and is the current President-Elect of the GEMS Board of Directors.

Meteorologists, who have played a role in the energy sector for decades, find themselves right in the middle of our changing energy economy.  This has been especially true in the Pacific Northwest where a majority of its energy has come from clean hydroelectric power since the 1940s.  More broadly, the energy sector has relied on meteorologists for accurate weather forecasts to predict energy demand, and severe storm prediction to mitigate outages.

However as renewable energy increases nationwide with the dawn of the 21st Century, particularly in the Western US, the need for good meteorological prediction has expanded into entirely new areas, and for some of us has led to an entirely new career direction.  Almost all renewable energy relies on reliable weather and streamflow forecasts to predict fuel supply (water, wind and sun), balance an increasingly complex and constrained grid, store energy where and when possible, and to explore and develop new renewables resources.  The growth of renewables in the Western US, and importance of meteorology to the energy sector, is almost certain to continue its increase due to its geography, demographics, economics, and policy decisions.  This expansion, particularly in the West, is motivated by another key area of atmospheric science research which Penn State continues to lead: accurately projecting the consequences of increasing atmospheric greenhouse gases on climate systems. 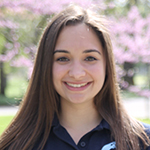 Victoria Christensen is a senior Schreyer Honors Scholar studying Materials Science and Engineering. She has interned at General Electric both in the Oil and Gas Inspection Technologies business and at the Global Research Center where she was able to connect materials research to applications in energy and aviation industries. Her passion for renewable technologies allowed her to lead a team at Penn State interested in developing a piezoelectric energy harvesting device for use in urban infrastructure.Victoria's future plans include pursuing a PhD to study high temperature ceramic composites and additive manufacturing. In her spare time you can find her reading up about NASA and Elon Musk, leading the College of Earth and Mineral Sciences' THON organization, and touring prospective students around campus!